I love it when a plan works out. I had been photographing petroglyphs in Saguaro National Park all day and towards evening, rain clouds began to build over the Tucson Mountains. Although hazy much of the day, it looked like rainbows might be a possibility right about sunset if the sun popped out under the building storm clouds. I found a good vantage point with my camera pointing directly away from the setting sun and sat down to wait. Times like this, you have to have confidence that the weather will deliver. Would the sun actually come out? Would a shower be in the right location to deliver a rainbow? Would I get sunset-tinted clouds along with a rainbow? If I had worked out the odds of all that happening, I probably would have just gone back to my camper for dinner, but sometimes luck really does favor the prepared and I got everything I wanted. It really did feel like a gift, the proverbial pot of gold. 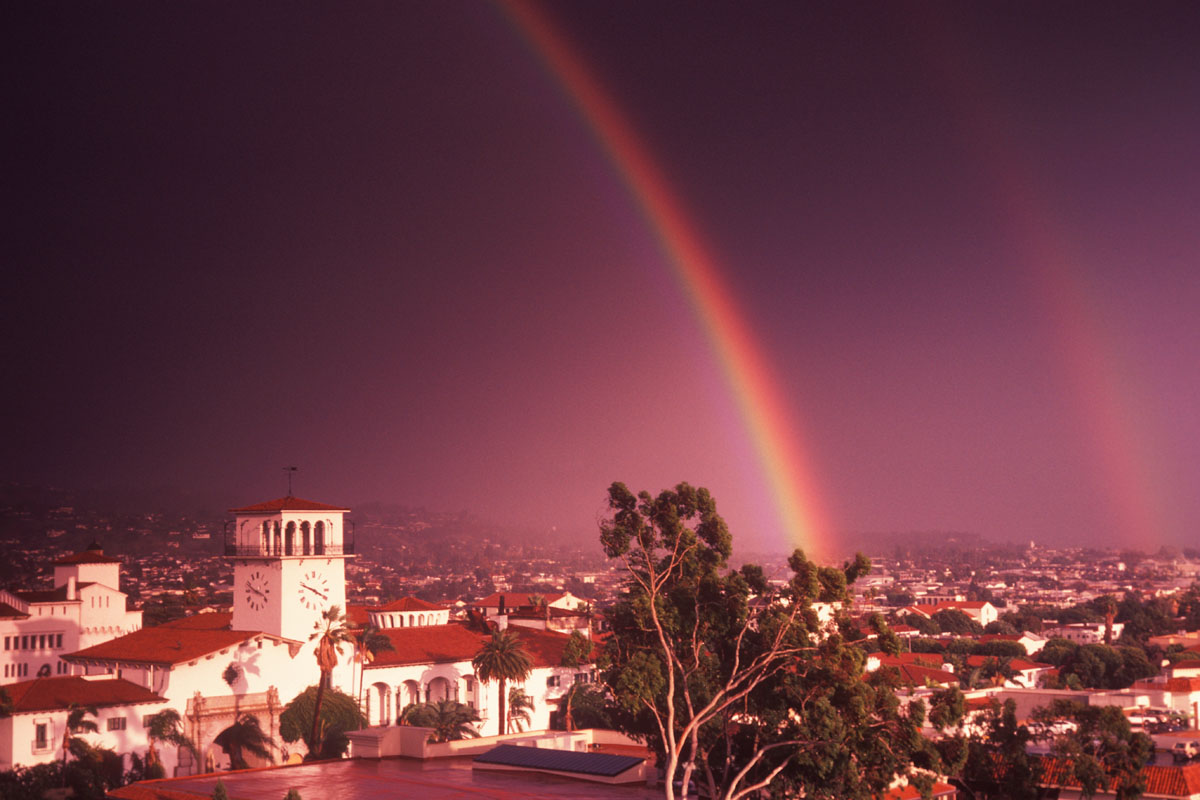 Although rainbows are a fairly rare event, sometimes repeating weather patterns makes it possible to anticipate their creation. Oddly enough, Santa Barbara, with its consistently clear skies, is one such location. During the winter, when we do have actual clouds, the sky tends to clear at the end of the day. Maybe it’s the mountains on one side and the ocean on the other controlling our westerly winds, but even on rainy days, the clouds tend to break at the end of the day. A shot of a double rainbow over the Santa Barbara County Courthouse was a result of this specific pattern. 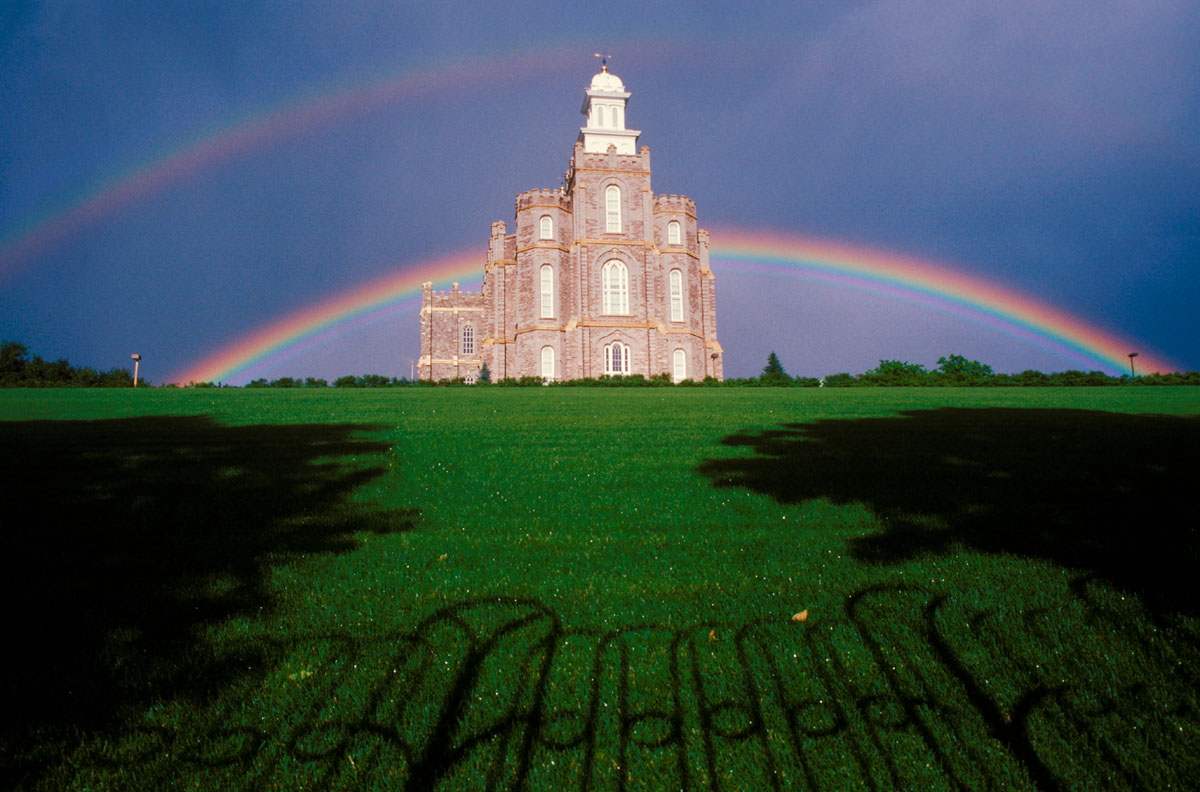 Rainbows can occur any time during the day, of course, and the only trick to photographing one is making sure your own shadow does not appear in the image. Photographing the Mormon Temple in Logan, Utah, for a book by the Smithsonian, required me to sit down to avoid having my shadow break up the beautiful pattern of a fence surrounding the property. I had not noticed it before, but the second rainbow of a double rainbow always reverses the order of the colors.

We are coming up on rainbow season in my part of the world and you can be sure I will be looking for subjects to frame with a bright band of color. Scope out your location, place the sun at your back and enjoy photographing one of these great gifts from the clouds.