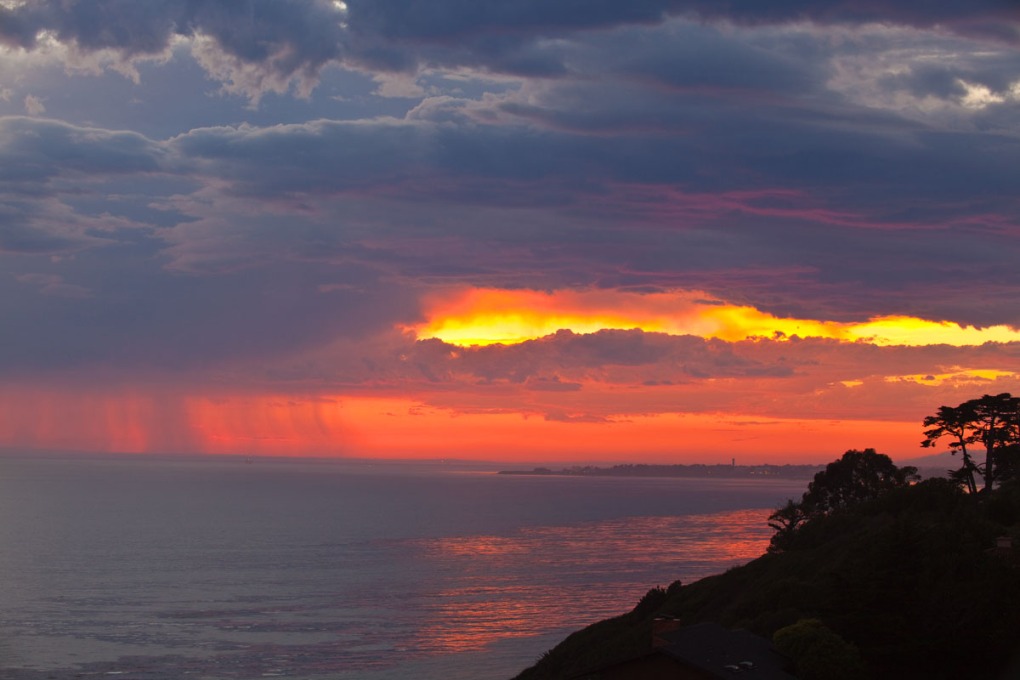 California’s rainy season is coming up soon. At least we hope it is. During the rains, building exteriors look dull and the sky is either gray or white. I usually head indoors in weather like this, photographing historic sites, museums or restaurants, but I always make sure I am in the right location for a shot of the city at dusk. Many times the skies stay gray and gloomy, but often enough the setting sun lights up the storm clouds, putting on a light show that is hard to beat.

Like most cities, San Diego looks beautiful dressed in city lights and a sunset sky. It had been raining off and on all day but I was hopefull I would get a break in the clouds at sunset. There is a great view of the city from a residetial neighborhood on the Point Loma Peninsula overlooking the harbor marinas and the distant city and mountains. I set up there with a 70-200mm zoom lens waiting for the magic to happen.

Sunset came and went and the clouds remained dull gray. I had given up and began to pack my gear when a soft pink glow in the clouds began to intensify. By the time I had my camera back on the tripod, the sky had flooded with color and the lights of the city were burning brightly. Below the horizon, the sun had found a break in the clouds and brightly colored light was bouncing along the bottoms of the storm clouds all the way back to San Diego. It was a great end to the day and I almost missed it. I now wait until thirty minutes after sunset to break down my gear, just in case. 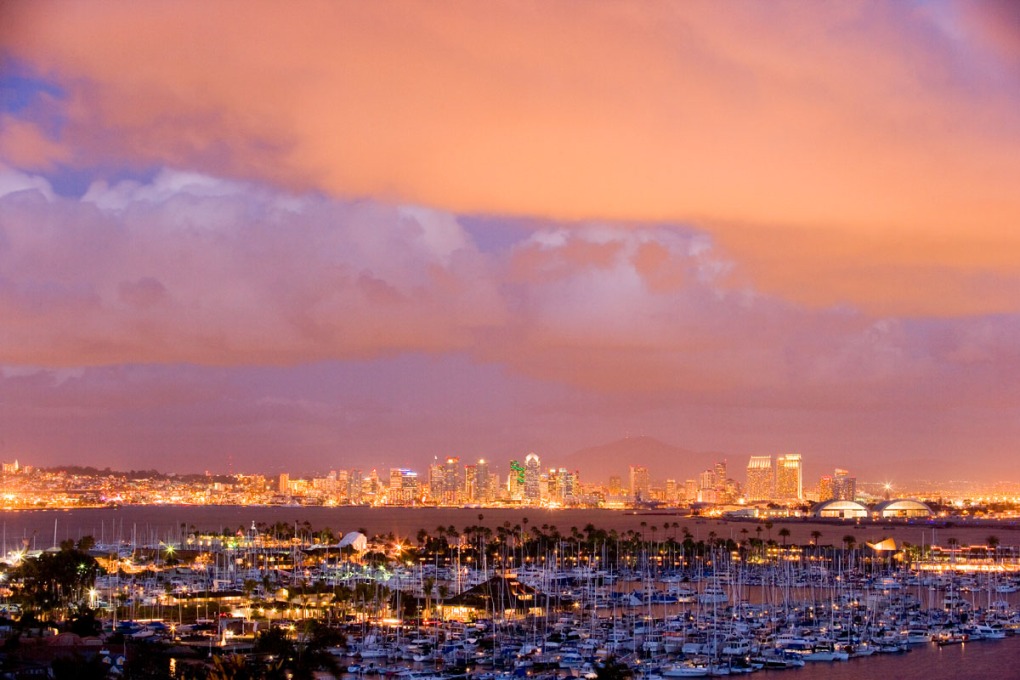 A dusk shot is often a longer exposure than normal and you will need some way to steady your camera. A tripod is ideal, but you can also sit your camera on something flat and use the self-timer to fire it. If you have preset exposure modes, you probably have one for shooting cities at night.

About twenty minutes after sunset, the city light and ambient light of the sky and clouds balance each other. Use a cable release or remote release, or a self-timer, so you don’t introduce vibration by touching the camera. Make sure you have enabled Long Exposure Noise Reduction in your menu and make sure you have turned off Image Stabilization on your lens. Image
Stabilization fights with the stability of a tripod and gives you soft images at long exposure times.

San Diego is a beautiful city at any time of day, but it puts on the best show just as night falls. No matter what the weather, be ready to capture some of the most dramatic images of the day, after the sun goes down. Just wait for it.

2 thoughts on “Just Wait For It: The Rewards Of Photography At Dusk”